Montrose, COLO.—On the morning of Jan. 2, the Montrose County Sheriff Office received information that a pilot in a private aircraft declared an emergency over the radio. The pilot said his aircraft was going down west of Montrose.

Montrose County Sheriff’s Office deputies, Montrose County Sheriff’s Posse members, and members of the Montrose Fire Protection District responded to the area to try and locate the downed aircraft via snowmobiles and a side-by-side with snow tracks. Care Flight of the Rockies then launched and flew to the area of the crash site to try and locate the downed aircraft from the air since the remoteness of the crash site would delay the response of ground crews.

“It is incredible that the pilot only sustained minor injuries and we are extremely grateful for this outcome, as it could have been much worse,” said Montrose County Sheriff’s Office Commander Ty Cox. “Mr. Boykin did an outstanding job attempting to land the aircraft in an area free of any trees or other hazards. We are very grateful to our partners and the private pilot who overheard the initial call of distress in the successful rescue of Mr. Boykin.”

Mr. Boykin later contacted the Montrose County Sheriff’s Office and said that his aircraft had a mechanical issue, which caused him to crash after losing power. Per protocol, the National Transportation Safety Board (NTSB) and Federal Aviation Administration (FAA) will be conducting the crash investigation. 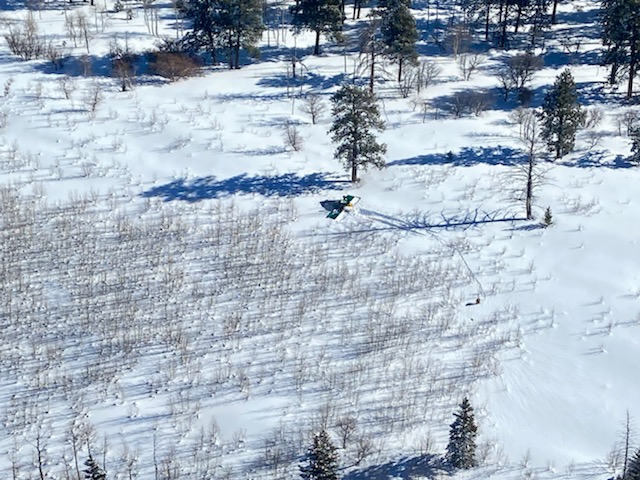