Montrose, COLO.— On October 19th, the Montrose County Sheriff’s Office responded to the 69300 block of Orion Trail east of Montrose to issue a distraint warrant for past due property taxes. Upon arrival, the deputy observed a marijuana grow over the hill to the northeast of the residence. In order to reach the front door to post papers, the deputy had to walk through what appeared to be several hundred hanging marijuana plants. The deputy contacted Sang Ho at the residence who stated he was not a part of the suspected marijuana grow at the nearby property. After posting papers and issuing Mr. Ho a citation for violation of Montrose County Ordinance 2017-01, the deputy left and drove past a residence on an adjacent property and observed three individuals exit a running vehicle with out-of-state plates filled with large trash bags and run into the residence. The deputy then made contact with individuals associated with the residence who stated they were “working” in the area and originally from Sacramento, Calif. The owner of the vehicle consented to search and confirmed that the bags were filled with marijuana. Additional deputies arrived on scene to assist with the situation.

With the assistance of Deputy District Attorney Jason Wilson, search warrants were obtained for the residences. A search of the residences uncovered an estimated 1,500 pounds of suspected marijuana–including both green plants, immature plants, processed packages, loose marijuana buds, and more; several grow lamps, air vents, fans, marijuana shaker/trimmers, $1,500 in cash, and two vehicles. The preliminary estimated value of the suspected marijuana is approximately $4-5 million dollars. Sheriff Rick Dunlap, deputies, and posse members spent over 20 hours amassing and loading the evidence into secured vehicles. Sang Ho, Shiwei Liu, and Shanggui Tang were all arrested for cultivation of marijuana and possession of paraphernalia and placed on $60,000 bonds per the bond schedule.

“I would like to recognize the deputies involved for their hard work on this case,” said Sheriff Rick Dunlap. “This investigation was handled exclusively by our agency and we could not have done it without the help of Deputy District Attorney Wilson. His quick work helped us obtain a search warrant and motion and subsequent order to destroy excess marijuana plants in order to do our jobs. This grow was a complex operation and I’m thankful that we intercepted the drugs before they were transported out-of-state.” 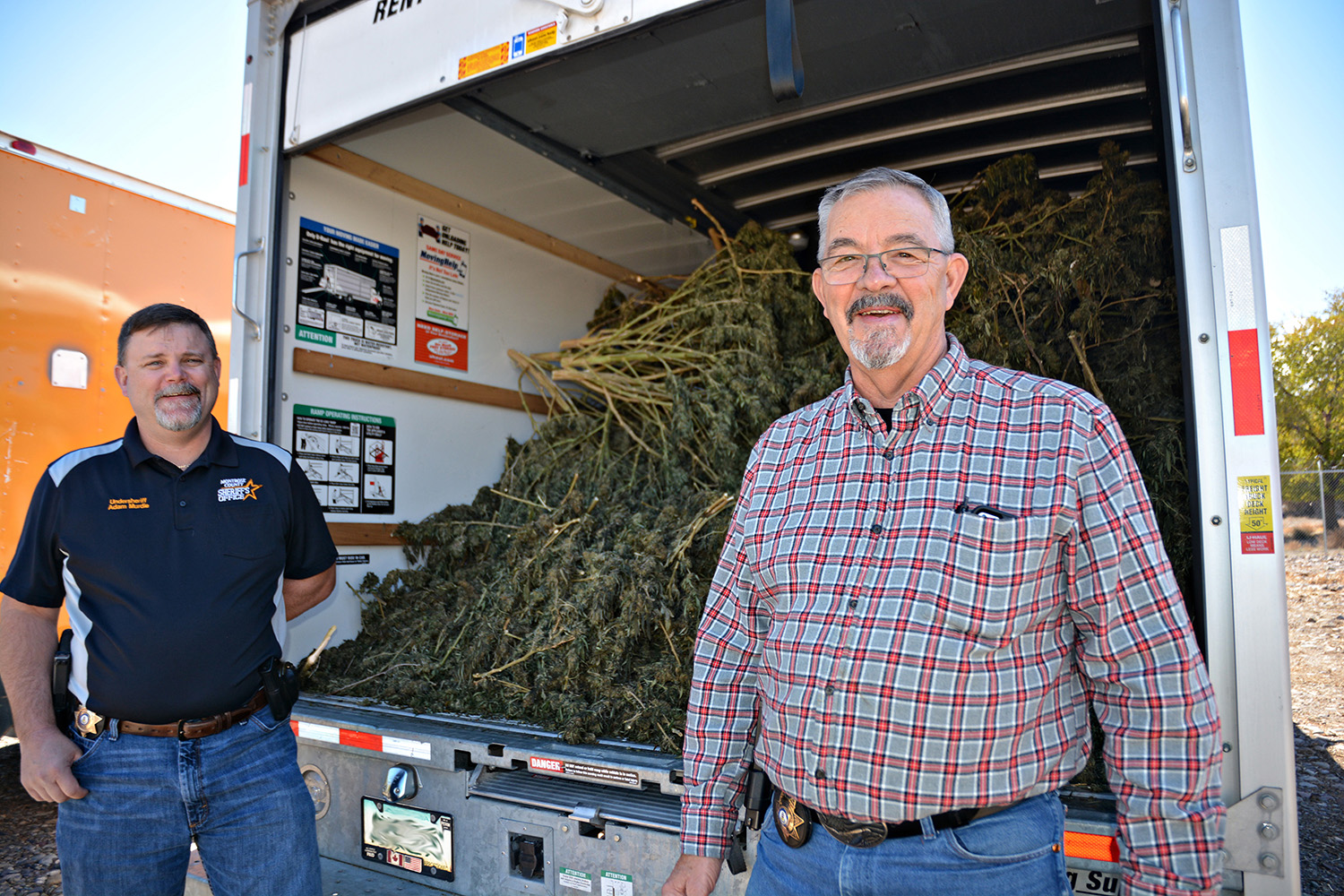 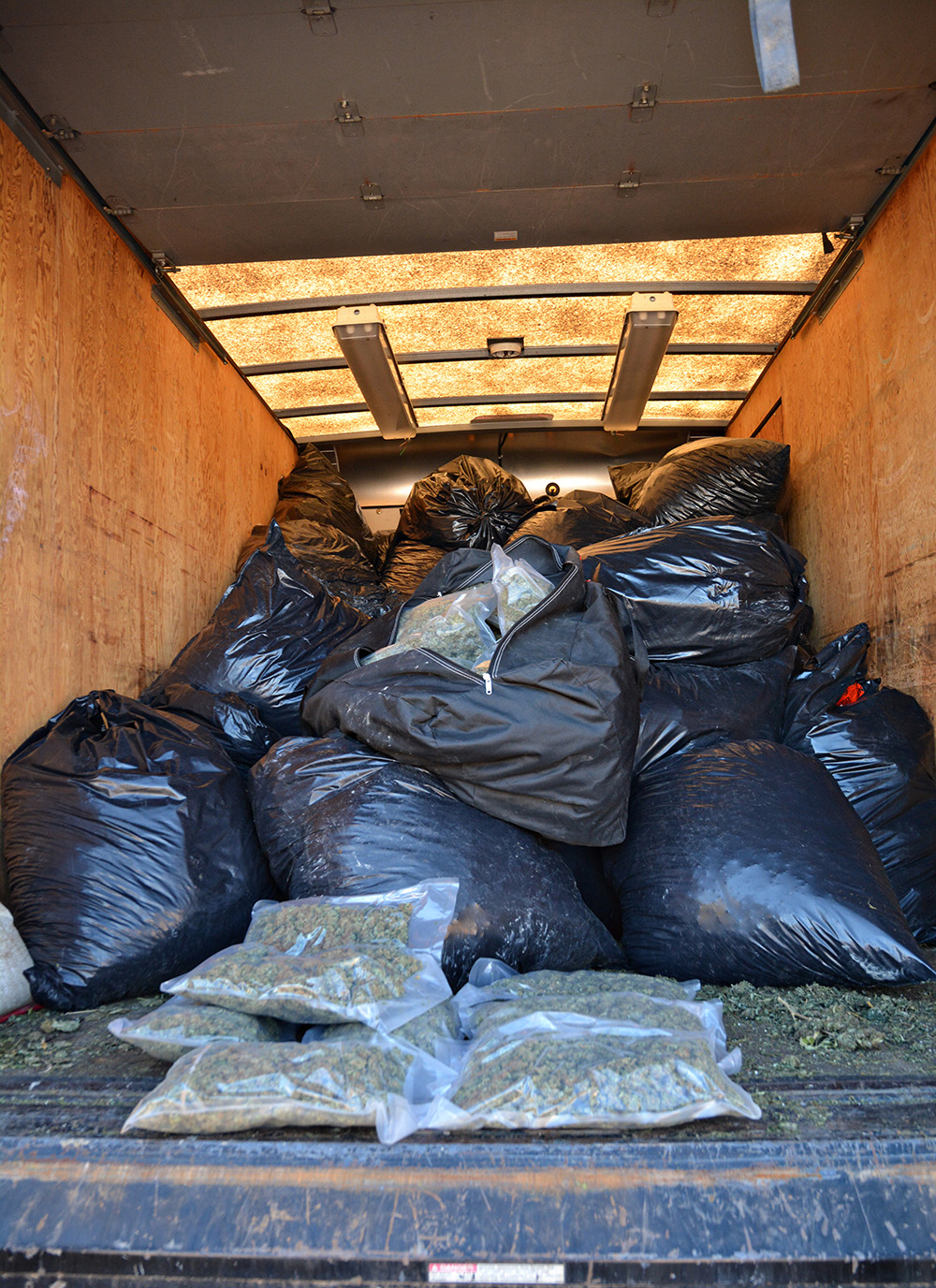